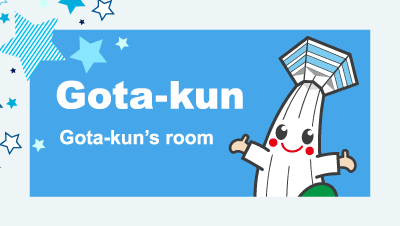 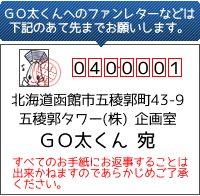 Who is the official mascot of the Goryokaku Tower, Gota-kun? 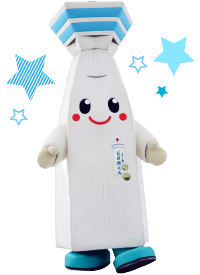 The second-generation tower opened on April 1, 2006, as a new landmark of Hakodate. At the same time of the opening of the entirely new Goryokaku Tower, Gota-kun was born as an official mascot on December 1, 2006, so that the tower would become familiar to many people. His attractive features are the lightning rod and airplane warning lights over his head.

Every Saturday, Sunday and public holidays (April to October), Gota-kun makes an appearance at the atrium on the first floor.

[Appearance schedule] Every Saturday, Sunday and public holidays (*No appearance from November to March)

Name
Gota-kun
Gender
Boy
Place of birth
Goryokaku Tower
Date of birth
December 1, 2006.
Size
Height: 107-meter Weight: 1,200-ton
Attractive features
The lightning rod and airplane warning lights over his head.
Personality
Cheerful and sunny disposition and hard-worker.
Hobbies
To visit towers and to enjoy going to cafes. To see the views of Goryokaku and the city of Hakodate.
Special skill
To inform of the time with LED lights
Type of girls he likes
Cheerful girls
Favorite song
When You Wish Upon a Star
Favorite food
Chocolate
Favorite words
Sincerity
Admired person
Ayasaburo Takeda
Dreams
To be a star in the tower world.
Motto
Treasure every meeting, for it will never recur.
Favorite places
Elevator Hall and the atrium